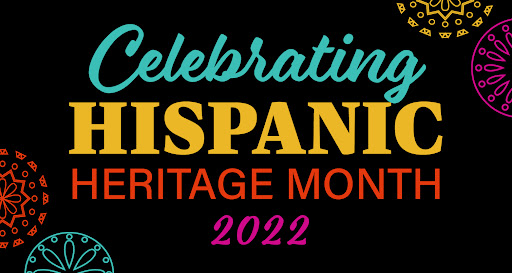 The observation started in 1968 as Hispanic Heritage Week under President Lyndon Johnson and was expanded by President Ronald Reagan in 1988 to cover a 30-day period starting on September 15 and ending on October 15. It was enacted into law on August 17, 1988, with the approval of Public Law 100-402.

The day of September 15 is significant because it is the anniversary of the independence of Latin American countries Costa Rica, El Salvador, Guatemala, Honduras, and Nicaragua. In addition, Mexico and Chile celebrate their independence days on September 16 and September 18, respectively. Also, Columbus Day or Día de la Raza, which is October 12, falls within this 30-day period.

Celebrating Hispanic Heritage Month allows educators to highlight diversity in the United States and the overall world. Here in the Penns Grove-Carneys Point Regional School District, students of Hispanic origin represent 44% of our population and growing.  In celebrating Hispanic Heritage Month, educators and students can celebrate the Hispanic community’s rich culture, their contributions to society, and the diversity within the community creating a school culture of belonging.

During this month, may we take the time to celebrate the history, cultures, language, and contributions of Hispanics and Latinx people in our city and this country.  This is an opportunity for us to demonstrate our commitment to diversity, inclusion, and equity to our students, staff, and families.  Additionally, it is important to affirm the culture of our students.

Here are a few resources:

Director of Curriculum and Instruction